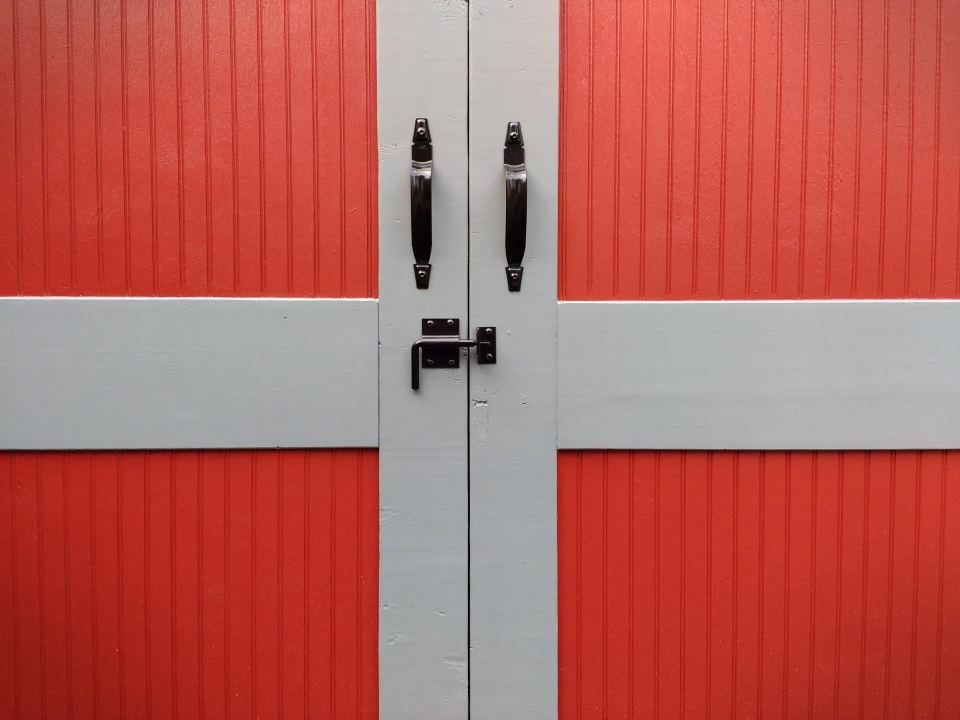 The doors on our garage used to swing inward. This sucked because while we could actually get both of our cars inside the building, we couldn’t actually close the doors and in the winter it would fill up with snow. (The alternative was to just leave one car out, but then you’d have to scrape ice all the time.) The real peeve was that if one of the cars was just an inch or two shorter, it would’ve worked.

Well, the old doors were getting a little rotten anyway and dragging on the ground, so I decided to replace them. To remedy the car situation, I decided to put the new ones on a sliding barn door track on the outside of the building. (Our neighbors have the same system and I’d been eyeing it for a while.) I ended up replicating the original design, but with some modifications to make the doors a little sturdier. Pops came up and helped me build make some cuts. He also helped by keeping the kids occupied while Sarah was at work. Here’s the finished product:

The frame is made of 2x6s, 2x8s, and 2x10s. They’re held together in the corners with Kreg screws. The inside edges of the frame were dadoed out and I laminated a couple big sheets of plywood (one with a decorative beaded side) for the panels. Got some of the expensive paint from Sherwin Williams and the hardware from Tractor Supply.

I waffled for a while about how to keep the doors from scraping the walls when they rolled out. Here’s my solution:

Six months so far and everything’s holding up!

I built some garage doors