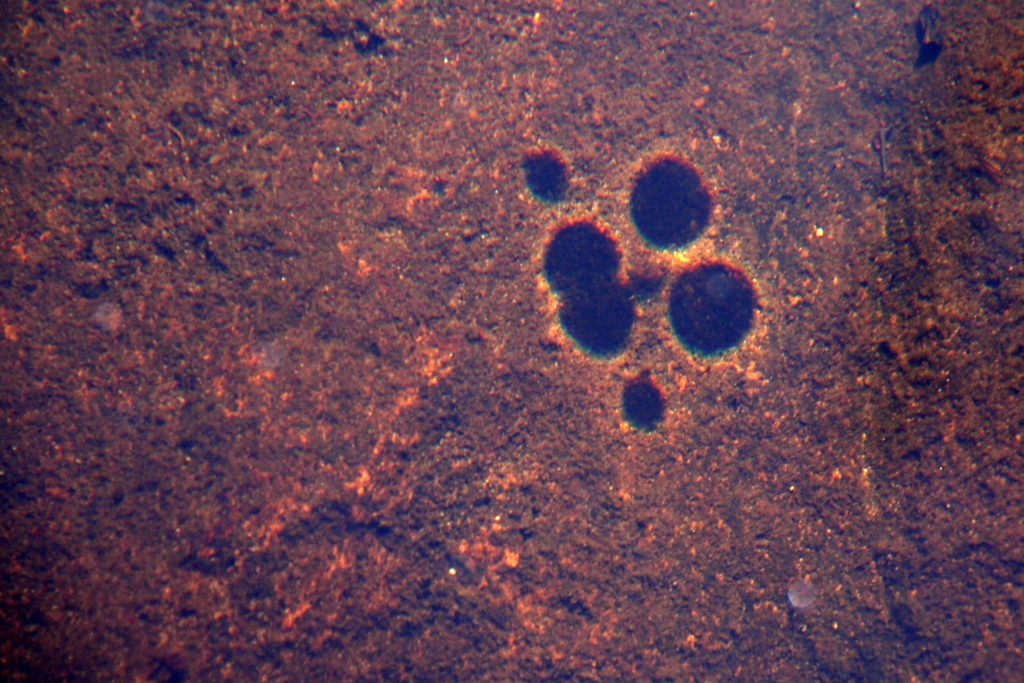 Lynne found a freshwater “tide pool” along the banks of the Raquette River. At first it didn’t seem like much was going on. But then little things started to appear: a snail was swimming around, some mystery insect was carrying a twig underwater, a cluster of frog eggs were attached to a rock, a tadpole was poking around in the corner, and a handful of water skimmers were skimming and casting interesting shadows.