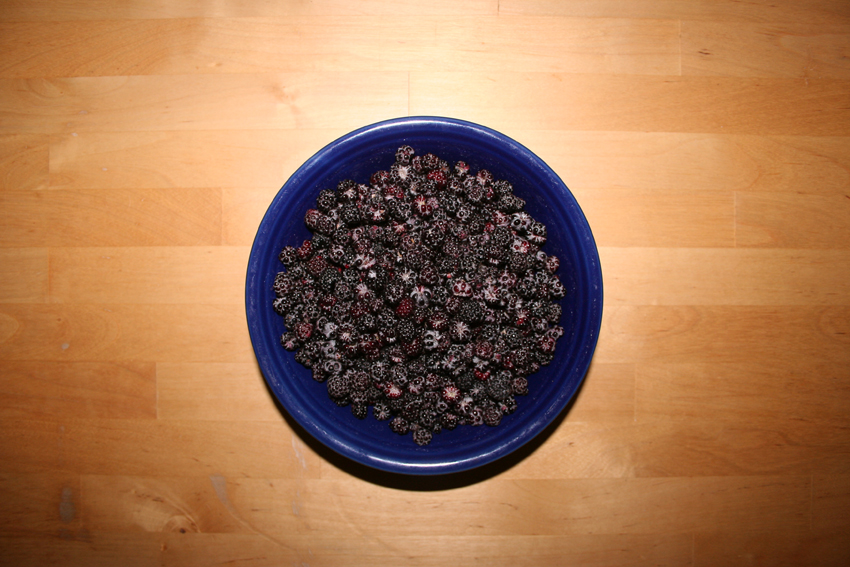 Attentive followers will know that I like collecting fruit and veg from public plants. (In other words, scavenging. Check it: one,
two,
three,
four,
five.

Well, I just discovered that there are tons of black raspberry bushes around our house in Potsdam! I didn’t even think that black raspberries were an actual fruit. (I thought they were just a softserve flavor.) But they’re real, alright.

I picked a bunch and stuck ’em in the freezer.

black raspberries in a blue bowl